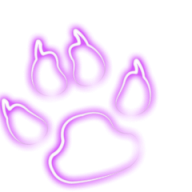 StrayX is so much into this she wears collar with namePseudonim for a very Famous english bisexual girl who's got a large fanbase over the web .
She's very much into petloving and always enjoying to take the knot deep inside her and performing
oral on dogs.
Her first time with a dog happened on 2005.
It's very usual in her movies to see her reaching climax screaming and howling
while dog penetrates her and then nests inside her filling her with his cum .
She likes both teasing and cooing the dogs talking hard and tender to them.
Some think she's engaged to AdamUk because of them being very close ,both being moderators
at zooskool and living both in portugal now due to bestiality laws in England(so people think they share same house)
It's not very easy to find Stray on Zooskool chat lately but you can always drop her a private message and she'll reply as soon as she can.

Phisycal Info
StrayX is a nice bodied lightly tanned brunette 167 cm (5,5 ft)
People can see some difference between how she phisically looked in her first movie
on 2005 and how she looks in the latest one on 2007.
She went from very much slim with medium/small sized breasts and very tight bottom
to a more shapely form in wich her breasts increased size and her bottom went nicely
rounder and fleshier

Stray in her first movie wearing her famous costume
Stray smiling in her dog costumeMost girls have said they started this into their teenies ,it's not the same for Stray.
Her family owned a dog,but she never felt attracted to her ,right because it was a female dog.
She's been fantasizing about dog sex for long time and the fisrt step forward came when she was 21st.
She met a boy who had not so modern views about sex and was bothered even by the fact she
was bisexual. But what looked more interesting than him to her was his dog.Nonetheless she was feeling bad about having this feeling for a dog and she went through a period where she was afraid of even
meeting a dog while walking down the street because it recalled her of that feeling she wanted
to get away from her mind.
But any attempt of getting it away from her mind was totally vain ,so she approached more to
the dog ,having him lay on the bed next to her naked form,hugging him and cooing him ,while loving
the feeling of his fur on her skin.
If things were going almost good with the dog,not the same could have been said about her
boyfriend ,who was far too straight for her tastes.In the end she left him,and she felt bad
more for leaving his dog than him.
After the break-up she went working abroad and it was there that shegot acces to a personal laptop
and the vast world of internet.she started looking for zoophilia,getting more and more infos about it
and looking for communities.
She found a group in wich people exchanged stories about the subject,but it was being regualarly
shutted down
After 3 years she came back to her hometown and she passed some time watching a dog outside and fantasizing about him.
One day while chatting with an italian guy,he asked her if she knew about Zooskool and gave her
the link.She get so excited she immediately gave webmaster(AdamUK) her yahoo id and asked him to teach everything about it.
They spent hours chatting together and he sent her lots of videos about it making her
horny.
So she moved to Adam's city and in it she met up witha guy who owned a Great Dane
This time Stray tried to have sex with the dog though unsuccessfully because of it
being heavy and her being inexperienced.
Then from Adam came the important question"Would you like to make a movie?"
she accepted and from that moment on,she's the StrayX each of us knows.

The Debut
Her first movie was entitled "StrayX Doggygirl" and showed this mysterious girl in dog costume
who was getting mounted and loved by a Rhodesian ridgeback.
She's being both passionate and submissive and she follows this philosophy for about an year

A screenshot from the record movieThe record is not only a movie but it's an EFFECTIVE record because in this big piece of zoo movie(it is being selled in 10 parts because of the massive material filmed) Stray gets satisfied (and satisfies) 8 Dogs.
In this movie we see Stray wearing only a fur white bikini evidencing her shapes.
She teases the dogs as they one by one come in the scene (it took hours to film this)
mount her,knot her and then get some oral pleasure,while next dog is ready to be unleashed
as previous dog leaves the scene.
Viewing the various parts you can see Stray's pussy getting sore and sore and still more sore!
You can see her abandoning herself to the most wild climaxes of her life,avidly sucking dog's penis
getting her breasts covered in doggy cum , who knows what awaits on next parts.
​